Are you interested in adding more space to your home but constrained by a limited backyard or narrow property lines? Chances are if you are thinking about adding a second-story room addition in San Diego – you have begun entertaining versus looking into purchasing a new home.

Some considerations to make a note of:

Will you integrate your existing or need a new system?

Important structural change – Does the current structure have load-bearing walls to support the new improvement?

Is your existing plumbing cast iron and needing to be completely revamped? Old/Current Condition?

There will be more energy exerted so likely new electrical should be included in the plan. Energy Efficient For Tax Purposes?

What can you expect from an Experienced Contractor?

A good contractor will also understand how important footings and foundation structure is to move forward so the new weight of the second story addition will be properly supported. Footings will require reinforcement from an architectural standpoint. In essence, footings will be expanded to sustain the upper floor loads. This process is referred to as underpinning, where the idea is to dig under existing concrete footings typically with a bobcat, and pouring a new larger footing under the existing.

The benefit of adding a second story addition allows you to fully customize the space, from the design aspects to the layout. This option provides flexibility in that the design can be tailored to you and your family’s current needs, as well as any future needs that may arise. Because of the structural support that is necessary when adding a second floor, substantial changes can also be applied to the first floor simultaneously that otherwise would cost significantly more if you remodeled the first floor separately.

For example, if you’ve always dreamed of raising the ceiling in your entryway or living room, you will have the ability to do so during a second-story remodel. Golden Rule Schedule estimates with at least three contractors who have performed second story additions before; request references. 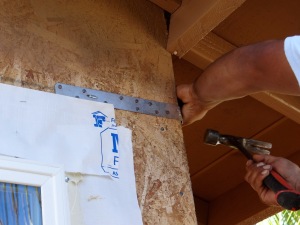 The good news for any homeowners looking to build in current economical times is that prices from 2011 have decreased on an average in the pacific region about $26,000. With the recession forcing prices down this really enables homeowners to take advantage of immense savings before economical changes create more of a seller’s environment.

The most recent data from Remodeling Magazine reflects a national average: